Let’s get, let’s get, let’s get ready to rumble… said 90s duo PJ and Duncan. But I suspect the modern day Ant and Dec never predicted their catchy pop song would share a name with a fitness revolution by one of London’s most luxurious and forward-thinking gyms. The new 1Rebel in Broadgate Circle does away with the dingy concrete and transforms the underground boxing gym into a premium space for jabbing, hooking and uppercutting your way to a stronger, fitter version of yourself. 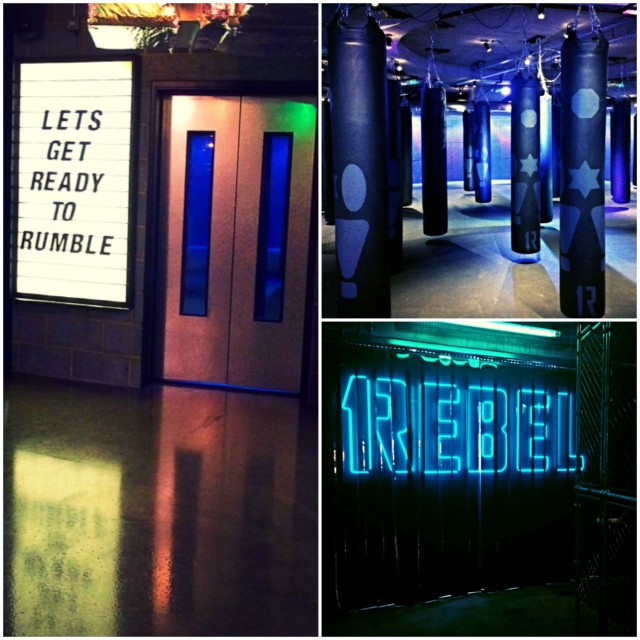 I can assure you the class playlists are just as modern too. Sadly, there was not a single track from Ant and Dec’s illustrious music career, but there was plenty of suitably base-heavy inspiration courtesy Wiz Khalifa, Kanye West and R3hab. Instructor Esme also injected plenty of energy and motivation into the class, spurring us on through speed rounds and power rounds to keep heart rates high. Those endurance-centric slow twitch muscle fibres were in constant interchange alongside fast twitch muscle fibres through some bold heavy hitting tracks.

But there’s more to Rumble than old school bag work. Just as the arms begin to ache from the high-rep punching sequences, we’re on the floor for a set of mountain climbers. Quick spells of conditioning also make clever use of the 1Rebel-branded boxing bags, such as the sit-up cross-body punch combo that lights up the obliques with every powerful blow. My personal penchant for a balanced workout meant the addition of squats ticked all the boxes.

1Rebel is on good form

A steadfast focus on form further gave me the satisfaction of both working out and learning a skill in the process. Esme twice corrected my footwork during a series of roundhouse kicks – and the extra power I could generate with a marginal change in my footwork proved there’s an art to boxing inspired fitness. And it’s not all physical. Every time I made contact with the bag, I felt more tension chip off my shoulders. The class culminated in a particularly cathartic freestyle finale that bordered on spiritual – as far as I was concerned, there was nothing but me and the bag and the rhythm of my own heart to push the tempo.

Aside from a lasting rumble in my hands (they didn’t stop shaking for a solid day), that post-workout zen was a pleasing contrast to the high-energy vibes of the class. At 1Rebel, the calm comes after the Rumble, and that’s what makes this new East London class a smash hit. Check it out at 1rebel.co.uk. 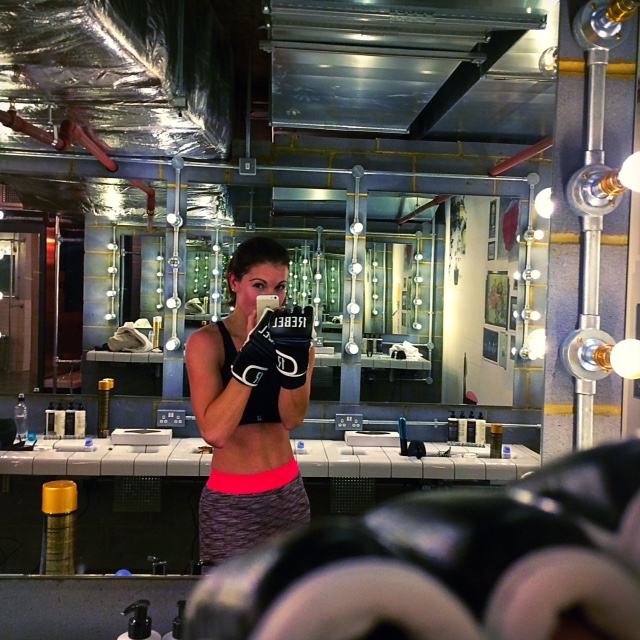 Need to know: To combat stinky glove syndrome, 1Rebel requires you to purchase a pair of personal hand wraps before your first class. Bring an extra £5 to cover the price of the hand wraps plus the fee to hire protective gloves (also available for purchase).